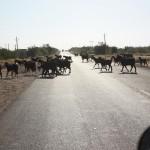 The straights were fine and he got used to leaning the bike in curves quite fast. But then then the road transformed into a busy town center. END_OF_DOCUMENT_TOKEN_TO_BE_REPLACED
Posted in Motorcycle, People, Sightseeing by Uroš Orešič with no comments yet.

Desert city. Dust, sand and garbage everywhere. Jaisalmer is the last city in the Indian desert to the border with Pakistan. So you can guess it has a busy military camp. But if you’re not intimidated by army trucks, uniformed men with big (but old) guns and planes flying by every once in a while, it could be a nice addition to the festival happenings.
END_OF_DOCUMENT_TOKEN_TO_BE_REPLACED

After riding long in the morning sun their horse needed rest so they took some time to explore the dunes. When they came back two black horsemen were waiting by their noble steed. Dressed in style – black eagle shaped helmets with shades dark as black gold and packed full of riches they sat on a shadow stallion, smaller than our heroes’ but fitter and faster. If you would race them down a long straight the odds for our duo would be slim. But our heroes had an advantage. They were lighter and their steel monster was hiding it’s strength well. END_OF_DOCUMENT_TOKEN_TO_BE_REPLACED


Posted in Food, People by Uroš Orešič with 1 comment. 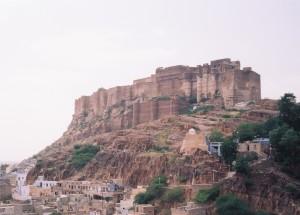 We were driving around in Jodhpur for 20 minutes and still couldn’t find it. How the hell do you hide a freaking enormous fort that’s built on a hill above the city?! Well, somehow it’s possible. We found it driving from the north (but we should have arrived from east – yup, we made almost a whole circle around without seeing it :)).
END_OF_DOCUMENT_TOKEN_TO_BE_REPLACED

Our first roadkill. :/ It happened so quickly. I caught a glimpse of it and then it hit the front wheel. The mirror showed a cloud of feathers and Tilen cleared my confusion: “Starling”.
END_OF_DOCUMENT_TOKEN_TO_BE_REPLACED 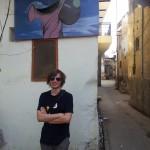 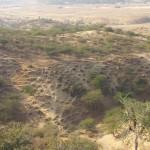 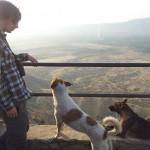 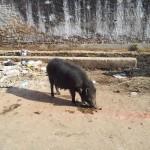 One more highway to hell… The scenery changed and the desert is starting to show it’s teeth. Sand on the road and sweeping machines that just make a mess.

We decided to take sometime and just cruise comfortably. Our hurry on the last trip took the toll – it simply wasn’t a pleasant experience.

We found some hilarious highway signs on the way: 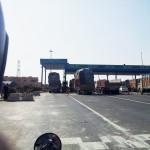 Posted in Neuvrščeni by Uroš Orešič with no comments yet. 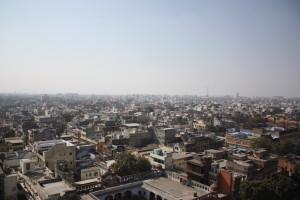 END_OF_DOCUMENT_TOKEN_TO_BE_REPLACED

One word: boring! I think I got used to our situation. Now traffic seems exciting and avoiding holes in the road is like playing a video game. But laid before us was just a nicely made 3-lane asphalt road. I think we’ll have to figure out something to make the game more interresting. Driving blindfolded perhaps.